Plant a tree in the George Wyllie Grove

George Wyllie burst onto the contemporary art scene during the 1980s. He was in his sixties and unfettered by formal art training. Disadvantaged by a happy childhood, disciplined by life on the ocean wave and spoiled by a happy marriage, he ruffled feathers through his playfully serious art.

Wyllie was born in Glasgow in 1921. He trained as an engineer with the Post Office before serving in the Royal Navy from 1942 to 1946. He was a Customs and Excise Officer for thirty years before becoming a full-time artist in his late fifties. His best-known public art works are the Straw Locomotive (1987) and the Paper Boat (1989). He continued making art at his home overlooking the Firth of Clyde in Gourock until he was in his eighties. He died, aged 90, in 2012.

This website is commissioned by the family of George Wyllie. Research into the artist's work and digitisation of the archive is ongoing and will be published here as it comes available. 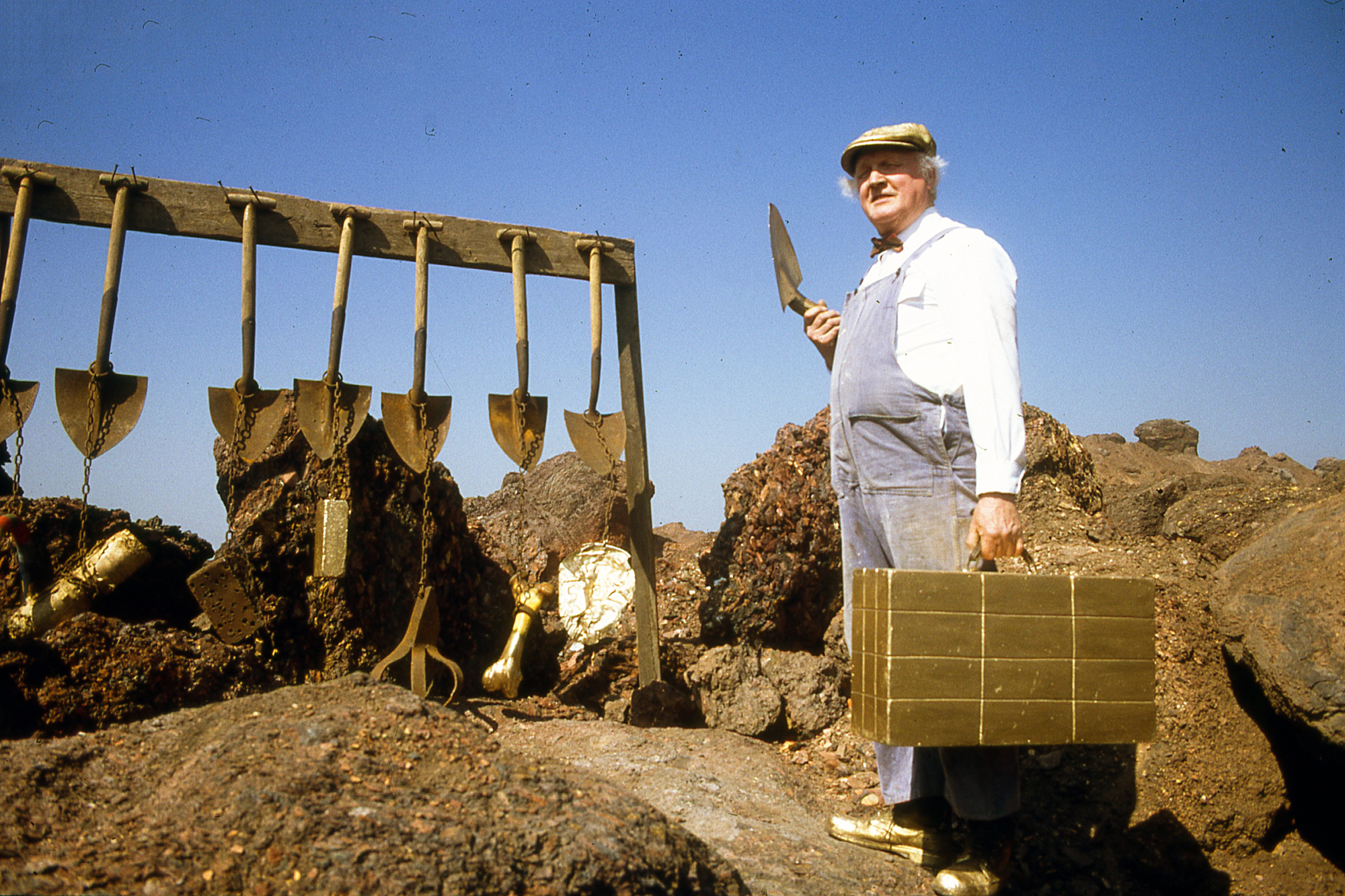