THE CITY AS A LIVING ROOM | WALLY DUGS

This audio recording was submitted by Graham Ross to the Mapping Memories project, 2021

Hi, my name is Graham Ross. I was a young architecture student attending the 1994 winter school in the arches in Glasgow, when I first met George.

George was a hosting a workshop for architecture students as part of the event it was organised by the students of the School of Architecture at Strathclyde University.  George’s workshop was typically pithy, witty and probably slowly pulling the leg of some of the more pretentious names or the workshops and other parts of the Winter School. It was called The City as a Living Room.

The proposition was that George and myself and other architectural students alongside his son in law Campbell, we were to build a to 15 foot Wally Dugs. The dugs were built or constructed out of sheets of plywood, bits of timber, some, I think it was, a damp proof course. And crucially, some offcuts from The Paper Boat alongside some bits of perspex acrylic, and the dear Daphne’s garden hose – don’t tell Daphne.

The Wally Dugs were constructed in the arches underneath Glasgow Central Station in the course of a couple of days. I vividly remember retiring to McSorley’s bar on the corner of the street just down the road from The Arches with George and Campbell at the end of each day we would have worked up a drouth.

On the third day of the event we had a free rein to take the Wally Dugs out of The Arches and tour them around certain locations in Glasgow. Now, if memory serves, we started on Wednesday night, we had the launch of the event. Now crucially, in amongst these 15 feet Wally Dugs that I’d say we’re probably about a foot and a half to two feet deep, so it was like a three dimensional frame, at the bottom of the frame was a some fluorescent strip lights and these were of a generator.

So, the idea was we took the Wally Dugs out from The Arches and locate them in various spots in the city centre to frame landmarks or urban spaces with these two Wally Dugs almost as if they were sitting on the mantel piece of somebody’s house, but of course transforming the city into a living room. Long before Kengo Kuma and his concept of the V&A of course.

So, the launch which George attended was at what was then the Sterling Library in which had been earmarked for the Gallery of Modern Art –  GoMA – it wasn’t yet GoMA. It was still the Sterling Library in so we launched the event with the two Wally Dugs sitting either side of their portico at the library either side of the statue with with or without the cone – I forgive the cone and had started to be the fad that it’s no become.  I suppose the icon that it’s become of Gallus Glasgow.

Anyway, that was on the first evening of the event, taking the Wally Dugs out and about. We then took them on tour the following day. George wasn’t able to join us but myself and merry band organised a trailer, somebody had a car for I think it was Sinclair one of the guys who was in the organising committee, had a car and he also organised the Wally Dugs could stay overnight in the Maryhill bus depot.

I vividly remember after that launch event at GoMA taking the 15 feet Wally Dugs with the generator still running so they were illuminated, driving them up and trying to find the route from centre of Glasgow out to Maryhill that ensured we had clearance of the railway bridges to not decapitate these two dogs. So we strapped them on back to back kept the generator running and had them illuminated as we drove along Dumbarton Road.  I remember going past the bingo hall and we just happened to be driving past as the bingo was coming out. There is all these predominantly women of a certain age coming into the bingo hall. And much to their surprise they saw these two a Wally Dugs drift and hoovering and levitating along Dumbarton Road, past Partick library to Maryhill Depot.

The following day we collected the dugs, and we took them out on tour. We went to three separate locations in central Glasgow. Right at the top pf Buchanan Street at the Royal Concert Hall,  what was then a gap site as Buchanan Galleries hadn’t been constructed, and also to St Enoch Square either side of the underground in station, right in the middle of St Enoch Square.

In between times, if I remember rightly, I think the second location on the tour was  George Square. We put the dogs in front of the Cenotaph obscuring the two granite lions near the Cenotaph perhaps it wasn’t maybe the best setting for the dogs because of course, it can be construed as not respecting the Cenotaph in the relationship the Cenotaph has to tohe Square. We were promptly told to move the dogs and we duly did.

Nevertheless, despite the those slight mishaps, it was a great first and formative experience of working with George. It demonstrated that you can get group of architecture students to construct something that can stand the vagaries of the Glasgow weather and getting towed around town. Also, given the depth of the winter of early 1994, we could construct something that could light up at night and illuminate the streets of Glasgow and maybe provide a homely sense of the city as a living room.

Also a classic George Wyllie sculptural device, I suppose, playing with issues of scale to monumentalise these daft Wally Dugs to something that was way beyond the normal domestic scale. To try and capture that sense that the city and the city spaces could be something that belonged to everybody and it was something familiar, and something that was off living room.

The Wally Dugs, January 1994, was a great experience and one which located these Wally Dugs outside what’s now GoMA,  George Square in front of the City Chambers, at the top of the Buchanan Street at the Royal Concert Hall and in St Enoch Square. We’ve got some nice photographs of the event for posterity, and perhaps we can map them in due course. 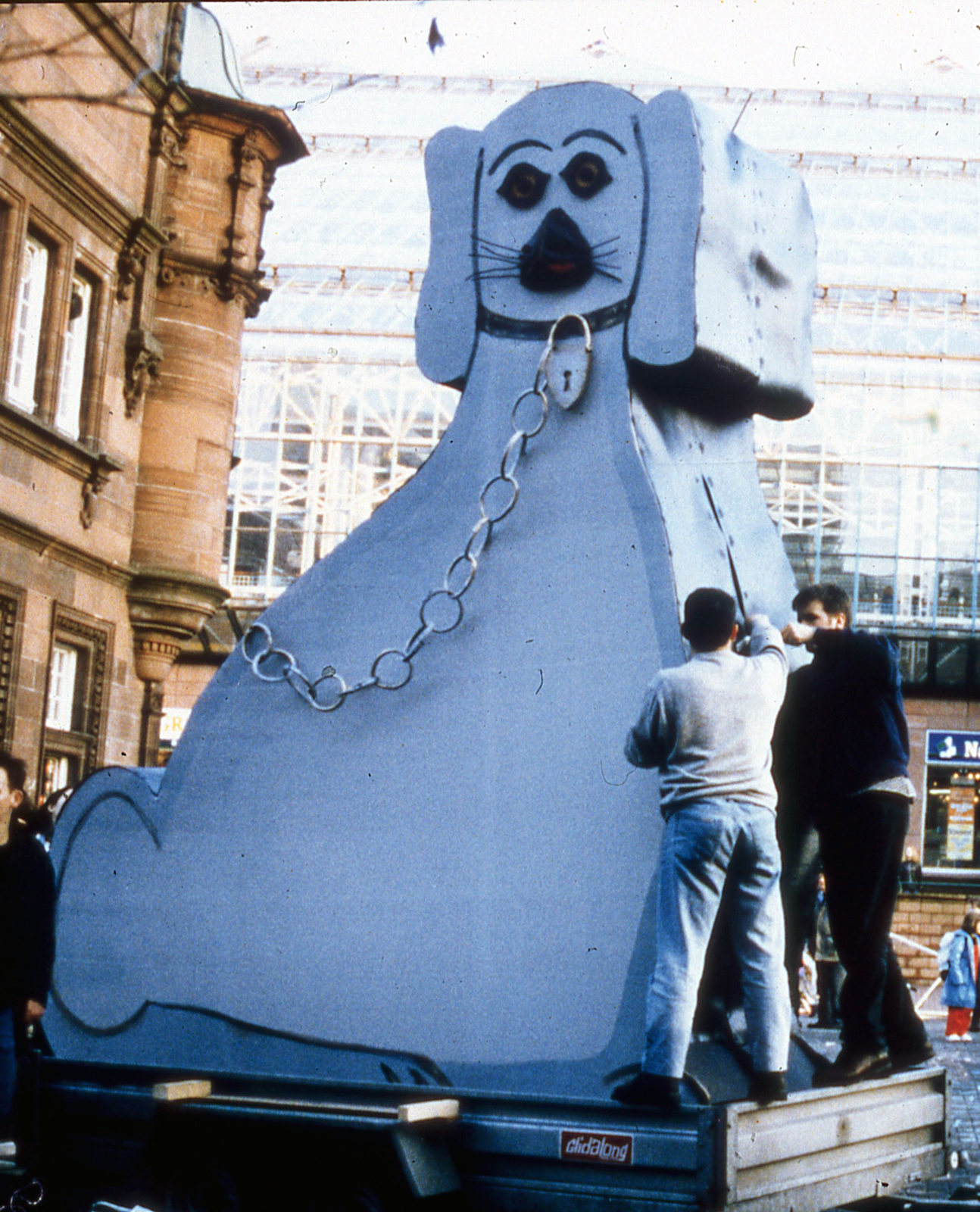 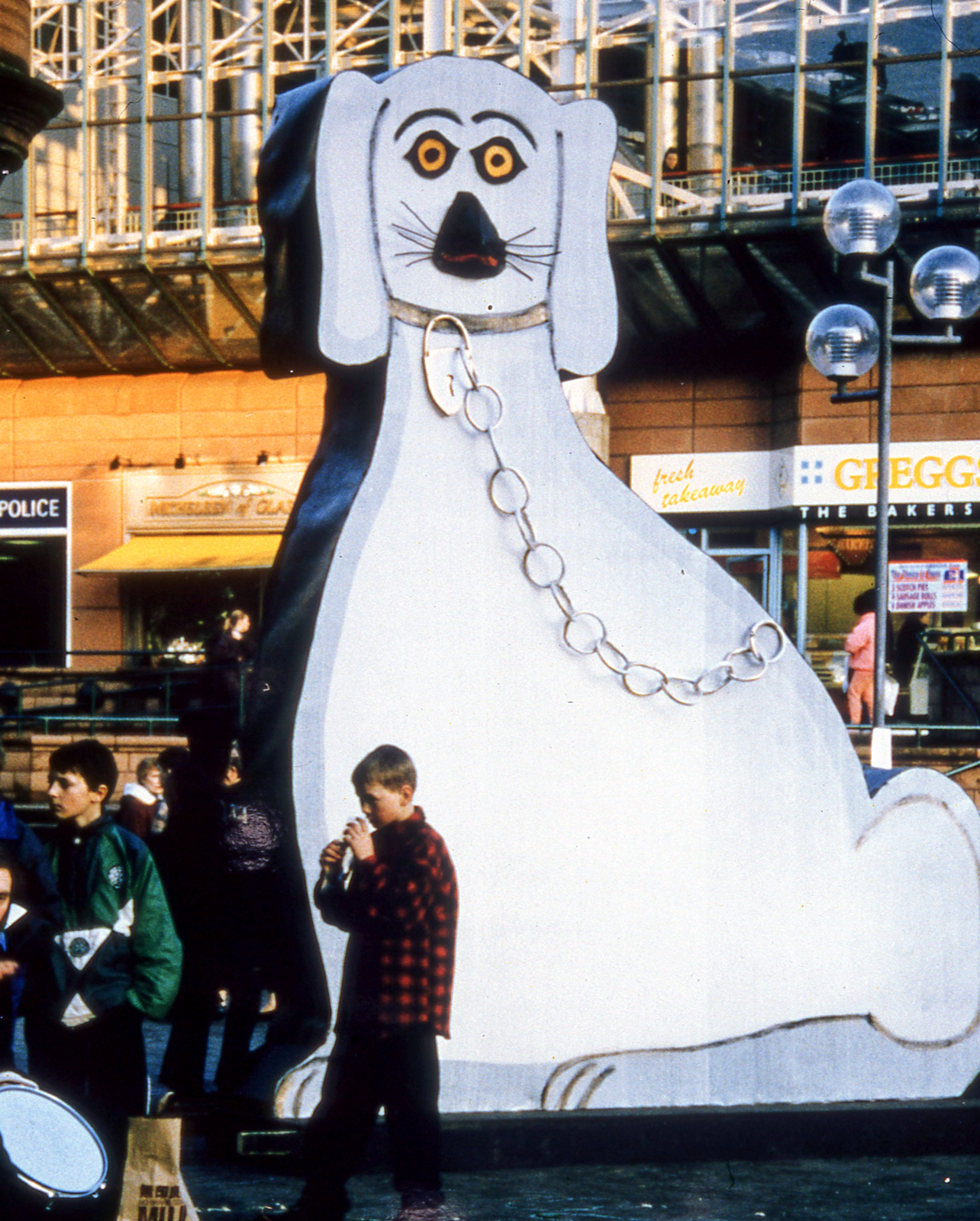 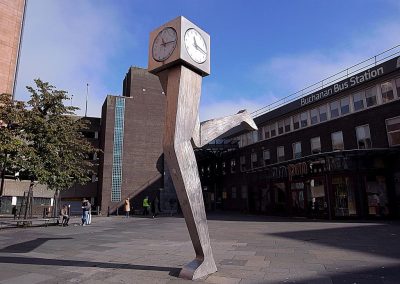 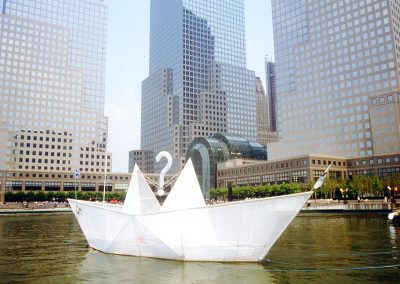 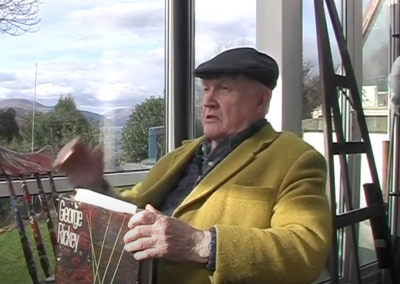 A DAY WITH SCUL?TOR GEORGE WYLLIE 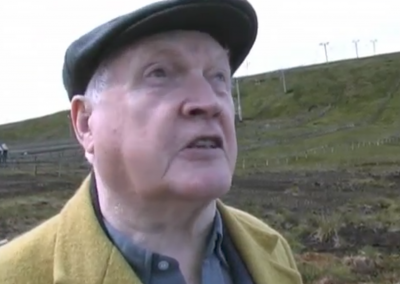 George on the Move 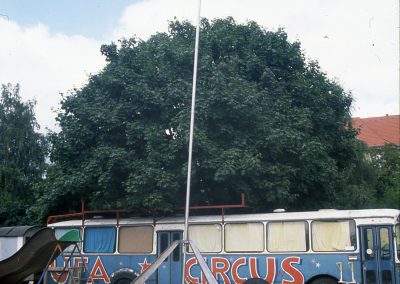 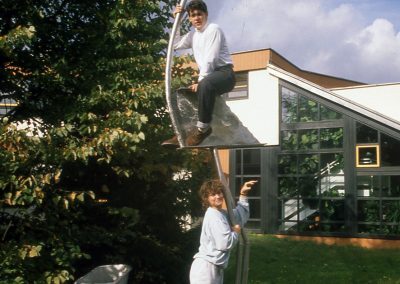 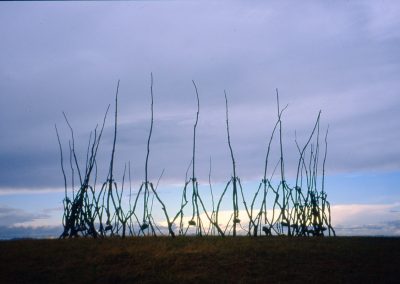 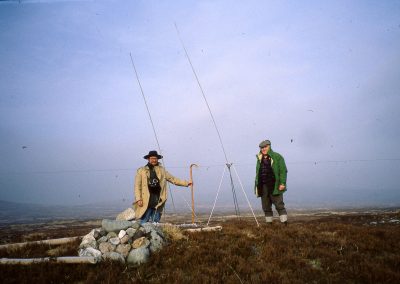 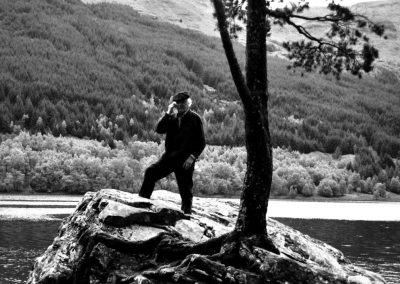 « Older Entries
← REFLECTIONS FROM A PAPER BOAT THE COSMIC VOYAGE →