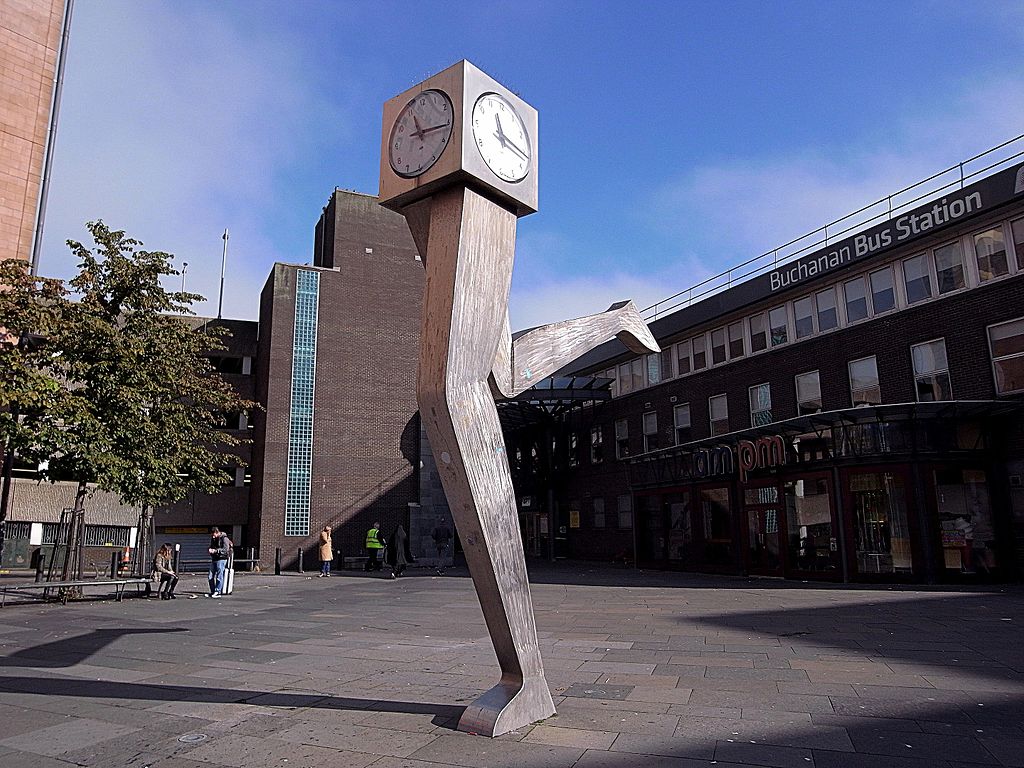 The Clyde Clock, also known as The Running Clock, was commissioned by Radio Clyde to celebrate its 25th year as an independent broadcaster. The idea was to create a landmark for the area, as a thank you to the city of Glasgow.

This popular work by Wyllie depicts a clock sat upon a pair of large running legs. .

The artist believed that the perfect time to meet was at eight o’clock in the evening. The clock is designed to chime once per day at that hour. The clock stopped working after the death of the artist in 2012. It was repaired following a successful campaign in 2013. 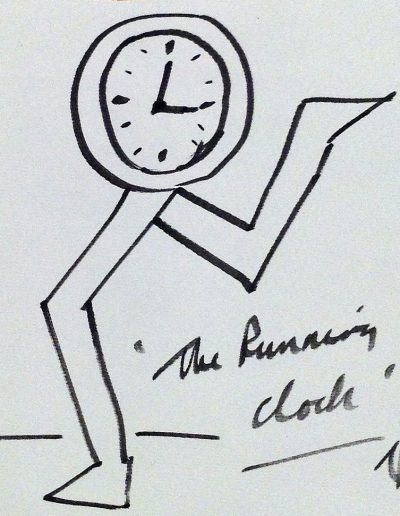 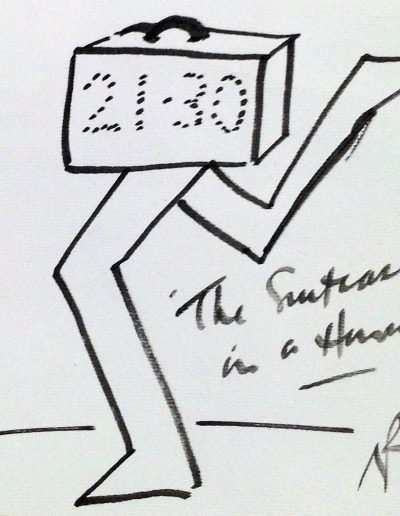